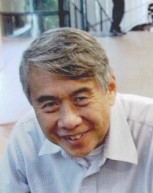 I have always been curious about things around me.  As a child I used to drive my parents nuts because I would take things apart and try to reassemble them, often unsuccessfully or apparently successfully but not work quite right.  As I grew older I became curious about the world around me and fascinated with anything related to science and amazed at the magic physics, mechanics, and chemistry could create.  Later, due to a few learning disabilities, I had much difficulty with reading (dyslexia) and math (poor short term memory) and as I progressed through school had great difficulty understanding the mechanics of science.  But my fascination never waned.  In college I chose to be an electrical engineering major because of an uncle I looked up to and my fascination with science but did not do well because of poor math and science grades but I was persistent.  By then my fascinations had expanded to nature and the universe.  I had to visually model scientific principles qualitatively in my mind without the benefits of mathematical models which greatly hampered the depth of understanding I was capable of.  But I persisted and watched every science program I could on TV and elsewhere.

After graduating my curiosity expanded into trying to rationally understand philosophical confusion, religious dogma, and social and political hypocrisy.  I knew for some years that I had problems reading body language, connecting with people and socializing (autism spectrum disorder?).  I had been a rather faithful Christian having been raised in a Christian family and gone regularly to church and bible studies but I never could experience the presence and spirit of God or make any connection to God like others no matter how hard I tried.  I struggled in vain to understand Christianity and it’s rational.  Eventually I came to terms with myself in my early twenties and took the big leap of denying God, the one unforgivable sin, something I struggled painfully over for some time before finally declaring to myself that I was an agnostic.

This really opened my mind in recognizing how judgmental Christianity had made me towards others.  I am not indicting Christianity as a whole but only that aspect I was personally involved in.  I started seeing people less as good and evil and more as individuals like myself with their own individual strengths, weaknesses and idiosyncrasies.  I was always aware that I was different than other people but never thought of myself as weird, perhaps not very bright and maybe a bid dense.  Now I started to realize that others had their own differences as well and shouldn’t be judged as being weird or different.  It simply wasn’t fair or right.  I still hold some of my old time Christian biased feelings but know them not to be right.  We are all made from the same fabric of feelings, needs, aspirations, joys and disappointments.  What makes me any better than the next guy or gal?  I started to become more aware of how much people discriminated against others because of something different about them whether it was race, religion, looks, sexual orientation, behavior, or handicaps.  Such feelings now seemed selfish and petty.

I have grown to be a Rationalist.  I am still curious and st

ill fascinated with everything related to science in its broadest sense.  I try to make sense of the world around me by connecting things to other things through rational reasoning.  Things must make logical sense to be valid.  Truth on the other hand is somewhat illusive and seems mystical to me because things seem to constantly change.  Even our understanding of science changes over time.  That is part of my dilemma.  I have no references since everything seems to be in a state of flux.  I even notice that I am changing and getting older.  Only rational logic seems timeless but is only a tool.  So there I am, a senior having lived most of my life already and still in a state of wonder and perplexity.  I’m still trying to make sense of a changing universe or perhaps a world I only perceive.  Perhaps it’s all a dream.  You tell me.

Also see discussion About this Blog